“You, too, can create miracles by touching the hearts of the children entrusted to your care!” — Saint John Baptist de La Salle

On behalf of the Board of Trustees, I am pleased to announce the appointment of John Huelskamp as the next president of La Salle Catholic College Preparatory. Mr. Huelskamp will assume leadership on July 1, 2022, making him the fifth president to lead La Salle since the Christian Brothers opened the school in 1966. He follows Andrew Kuffner, who has given 26 years of service to La Salle in various roles including President these past four years.

Mr. Huelskamp, a parishioner of St. Juan Diego Parish in Northwest Portland, comes to La Salle with 28 years of experience in education, including six years as the founding principal of De La Salle North Catholic High School in Portland, and four years as the director of campus ministry at Valley Catholic High School in Beaverton. For the past 11 years, he has served as the principal of Sunset High School, a public school of more than 2,000 students in Portland.

Upon accepting his new leadership role, Mr. Huelskamp shared with the Board of Trustees, “I am looking forward to joining the gifted and dedicated staff as well as the larger La Salle community as we collectively author the next chapter in La Salle Prep's story. The strong sense of community, faith, and service hold great appeal.”

The Search Committee and the Board of Trustees were impressed not only with Mr. Huelskamp’s experience and credentials, but more importantly, the feedback from colleagues, parents, and others who know him well. We have hired a leader who is well-respected in his field, known in the broader Portland community, and has a reputation for putting students first. We were also impressed with the deep affection he has for the Lasallian educational mission and approach. “St. La Salle had it right from the outset,” he said. “You’ve got to touch the heart before you can touch the mind.”

Former La Salle Principal Bill George, AFSC, told me he was pleased we had hired Mr. Huelskamp. “We are blessed to have John back in our Lasallian family and leading our remarkable educational community as it continues to meet the ever-changing personal and educational needs of our students and families.”

While principal at Sunset High School, Mr. Huelskamp honed many of the skills he can draw upon as La Salle’s new leader. For example, he helped secure more than $6 million in donations and grants for programs, scholarships, equipment, and upgrades to the school. He led a decade-long effort to increase the graduation rate of Latino students from 52% to 87%. He expanded the number of classes in computer science, engineering, robotics, business, and graphic design, and more than tripled participation in the school’s International Baccalaureate program.

I am grateful to the Board of Trustees and the Search Committee – comprised of trustees, alumni, educators, and La Salle faculty and staff – for their work in finding La Salle a new president. We are confident Mr. Huelskamp will build upon the great work of La Salle leaders before him and lead us to promising days ahead. Please join me in welcoming him to the Falcon family.

Chair, Board of Trustees 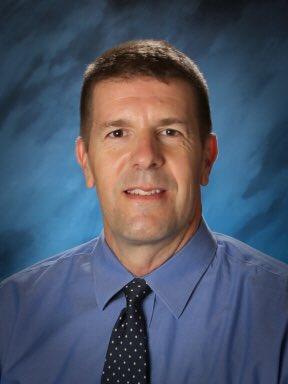 La Salle Prep’s board is comprised of 13 alumni, parents of alumni, a De La Salle Christian Brother, and a local parish priest. Trustees are strategic thinkers who have shown a tremendous dedication to the school’s mission, its core values, and to its continued growth and development. The Board of Trustees operates under the Policy Governance model for nonprofit organizations. Policy Governance is an approach to the job of governing a nonprofit organization that emphasizes values, vision, empowerment of both board and staff, and the strategic ability to lead leaders. The board sets broad policies and uses a system of checks and balances to hold the school and the CEO accountable.

La Salle Board of Trustees Login

The La Salle Educational Foundation exists to ensure the financial stability and permanence of the mission of La Salle Prep to provide a human and Christian education to the young, especially the poor, in the Portland metropolitan and Southwest Washington area.