At the heart of the academic experience at La Salle is our commitment to fostering a personal, caring, and challenging atmosphere in our classes where teachers empower students to work hard, stretch themselves, grow, and serve our world.  With an average class size of 22, 19 AP classes, 12 Honors classes, and 17 electives in engineering and the arts, students learn innumerable ways to problem-solve, create, collaborate, reason, and use their voice with clarity and confidence.  At La Salle, we prepare students to succeed in college and to engage their whole hearts and minds to transform the world.

What I love about La Salle is that my teachers push me to think in new ways, look with a different perspective, and question my own role as an individual in society.

Each course trains students in the core skills of critical reading, critical thinking, critical writing, and effective oral expression — the foundation for a lifetime of independent learning.

We also offer elective courses in creative writing and journalism for students wishing to apply their developing writing skills. In addition to their emphasis on core skills, students also learn to be skilled and conscientious users of technology.

Mathematics is a universal language used to describe and model the world around us. Not only is it used many other fields, it is a way of thinking, analyzing, organizing, and synthesizing information that can be used in everyday life.

The math department's mission is to develop responsible, enthusiastic, and dynamic learners who strive for lifelong learning. We promote not just mastery of content, but nurture the ability to problem-solve, reason abstractly, communicate appropriately, and apply knowledge inside and outside of the mathematics classroom.

God instilled a natural curiosity in all humankind. As a Lasallian school, we foster the development of that curiosity based on a Christian foundation of awareness and respect for God's creation. Students are provided with the opportunity to learn scientific concepts and experience science that is practical, relevant and stimulating.

Our changing world requires that students develop strategies in observing, questioning, critical thinking, and problem-solving. We encourage them to be responsible, ethical, and moral members of society. In an age dominated by technology and rapid change, the science department strives to supply the student with adaptive skills that are universal in application.

The study of the social sciences prepares students for responsible citizenship. It enables students to evaluate historical and contemporary issues, understand global relationships and make connections between past, present, and future. Social Studies provide an appreciation of human culture and traditions and a framework for the analysis of problems and decisions associated with humanity.

Rooted in the Gospel of Jesus Christ as well as the teachings and traditions of the Roman Catholic Church and the Brothers of the Christian Schools, the Religious Studies Department seeks to foster in students a respect and reverence for self, others, God, and God's creations. The curriculum is designed to inspire spirituality, critical thinking, prayer, compassion, and participation in the community for the rest of their lives.

Our goal is for students to become self-directed learners, problem-solvers, and ethically responsible citizens prepared to meet the challenges and opportunities of a global, technological society.

Computer technology should be used as a vehicle for communication, analysis, research, and innovation in the light of Catholic values and morality.

We are committed to the integration and effective use of technology to further our educational mission.

La Salle Prep offers three languages representing rich world cultures. The World Languages Department believes that awareness of other cultures and their influence upon our society is a necessary step toward recognition and tolerance within the world community.

Communication is paramount to international and interpersonal relations. The knowledge of languages and of cultural information enables the student to better understand and evaluate global issues, and to better implement the Christian principles as expressed in the school philosophy.

Upon completion of the La Salle World Language curriculum, a student will be able to:

Students who complete the third- and fourth-year language curriculum have the opportunity to earn college credit in partnership with the Oregon University System.

La Salle students have traveled to Spain, Puerto Rico, Costa Rica, France, Quebec, and Germany. On their journeys, students learn about culture, take classes, and practice their languages. In some cases, students live with local families so they can experience home life in another country.

Fine Arts are an essential part of La Salle's curriculum. As a college preparatory school, we strive to balance teaching content that fosters success at the college level with the student's ability to appreciate the human need to express oneself through art, drama, or music.

The Health Department curriculum is designed to help students better understand the connections among physical, mental, social, and spiritual well being. As students become more aware that the decisions they make today can have immediate and long-term consequences, they are also given the opportunity to develop positive habits that will lead to happier, healthier lives.

These decisions and habits, combined with taking personal responsibility for their own health, allow students to create and maintain a supportive community where they are determined and encouraged to make a positive difference in the world.

The Physical Education Department aims to deliver a curriculum that meets the needs of multiple audiences across campus so that all students can understand the importance of physical fitness, teamwork, sportsmanship, and healthy lifestyles.

The Service Learning Program encourages students to deepen their personal sense of responsibility for the needs of those outside of their immediate community, especially those most in need. It helps young people recognize service to those less fortunate as an opportunity to serve God. Service Learning projects are integrated into the curriculum according to grade level:

View the book list for the 2021-22 school year to see which texts are required for your courses.

Note: Please wait to buy eBooks until you are sure your schedule will not change.

eBooks that will be distributed in class can be paid for on our website. 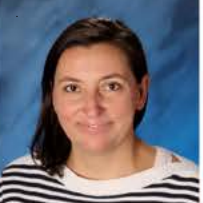