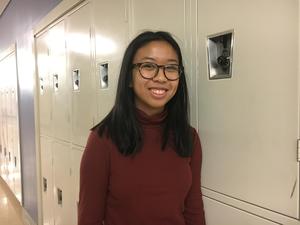 7 pm screening of "Angst" will be followed by Q and A with a mental health expert
The community is invited to a free screening and subsequent moderated discussion of the IndieFlix documentary “Angst: Raising Awareness Around Anxiety” at 7 p.m. in the La Salle Theater on Wednesday, March 13.
The screening will be followed by a conversation with a representative from the Northwest Anxiety Institute. No RSVP necessary for the discussion or the documentary, which filmmakers say is appropriate for those 10 years old and older.

La Salle students will see the film during the schoolday. The purpose of both the day and evening screenings, sponsored by the student-led Mental Health Club, is to start conversations and raise awareness about anxiety. Club member Annie Hoang '20 applied for and received a $1,000 grant to show the film at La Salle.
"The disconnect that often arises with the topic of mental health between parents and children usually isn’t borne out of a lack of love but rather out of a lack of understanding," Annie wrote in her grant application.
"'Angst' she said, "is a film that will work to bridge that gap in misunderstanding because it touches honestly on the impact of anxiety on teens, normalizes these struggles without trivializing it, and sheds light on the stress-filled culture of high school."

The documentary features kids and teens discussing their anxiety, as well as how they’ve found solutions and hope. Olympic gold medalist Michael Phelps opens up about his own struggles, and mental health experts discuss the causes and effects of anxiety.
"Discussions of mental health can be awkward and uncomfortable, but we will be working to reduce that kind of tension through a medium that only asks one requirement of its audience: to watch," Annie wrote in her application.
"By introducing the topic of anxiety, and in turn mental illness as a whole and the effects that branch from it, this will hopefully encourage students suffering from anxiety and other mental struggles to get the help that they deserve."
Photo: Annie Hoang '20 applied for a grant to show the documentary, "Angst," at La Salle. Tonight's screening will be followed by a discussion led by the Northwest Anxiety Institute.
Published March 12, 2019 Print