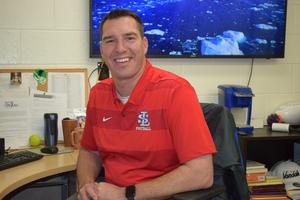 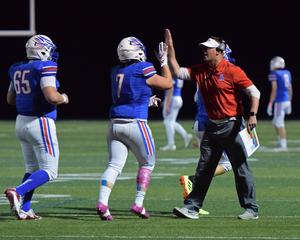 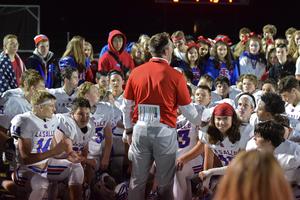 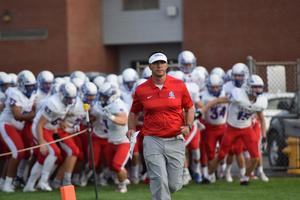 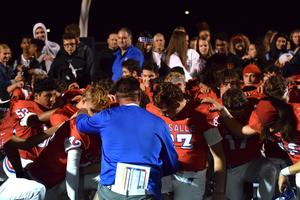 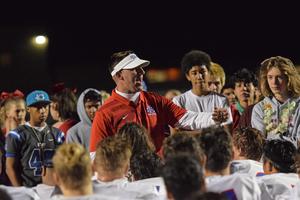 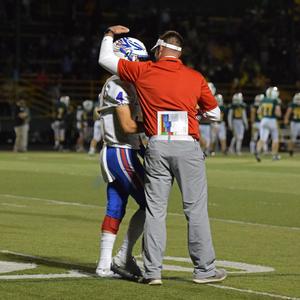 Aaron Hazel '99 is one of 50 coaches selected to win the award from nearly 1,000 nominees across the U.S.

Hazel, who also teaches health and PE at La Salle, is one of 50 coaches selected to win the award from nearly 1,000 nominees nationwide. Each winner will receive $200, a certificate, and an invitation to accept the award during PCA's National Youth Sports Awards & Benefit on Saturday, April 27, at Santa Clara University.

In nominating Hazel for the award, parents praised him for including athletes with a range of abilities on the team.

“Aaron’s approach supports keeping all kids who want to play, on the field,” .aid Chris Van Wagner, whose son, Lucas ‘19, played under Hazel. "He surrounds himself with a coaching staff that supports his approach, and the kids are the benefactors."

“Aaron shares with his athletes and their families that his goal is to make them better men, better husbands, better parents, better friends,” she said. ”He shares that football is an avenue to learn these values, and is merely only a start to what they will find important later on in life."

'Actions have an impact on others'

Hazel played football for La Salle under head coach Ray Baker and for Eastern Oregon University under head coach Jim Fenwick. Hazel also taught and coached football, basketball, baseball, and girls golf at Skyview High in Vancouver before returning to Milwaukie to serve as the Falcons' head football coach in 2014.

"Above everything else, I try to teach our student-athletes that they are part of something bigger than themselves, and that their actions have an impact on others," he said. "It is my hope that they develop the ability to have disciplined responses to the events they encounter on a daily basis. Understanding that their response is an event to someone else is a concept that I believe will set them apart from everyone else, giving them the skills and characteristics to be leaders in their community."