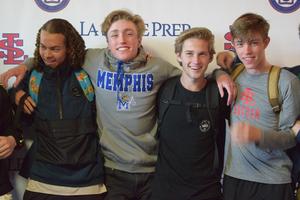 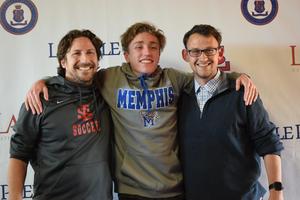 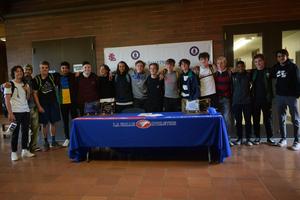 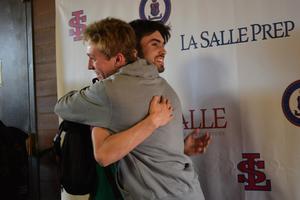 Brendan Dexter '19 plans to study engineering, play soccer at The University of Memphis

Brendan Dexter '19 announced this week his intent to study mechanical engineering and play soccer at The University of Memphis starting this fall.

Dexter, whose resume includes playing for the Portland Timbers Academy, Westside Timbers Club, and the Eastside Timbers Club, has been a key part of the Falcons' success on the soccer field, said La Salle counselor and head soccer coach Seth Altshuler shortly before Dexter's after-school signing on Thursday.

“From the day he set foot on the La Salle campus, Brendan has done nothing but bring heart, talent, and drive to our school and our program," said Altshuler. "Joining us his sophomore year, Brendan led us to two straight final fours and a state title game and he did it all with class and guts."

Brendan has been recognized for his talent outside of La Salle too, having been selected for all-conference and all-state teams.

"He's earned all of his success the right way," said Altshuler. "We are grateful for all that he put in and for the dedication he has shown. The University of Memphis is as lucky to get him as we were and we’re excited to see what he can do at the next level."