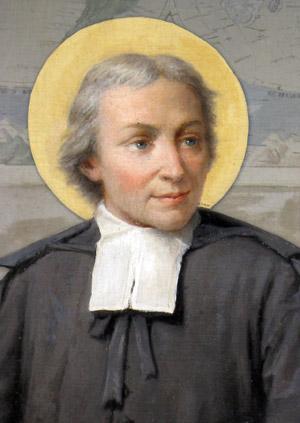 St. John Baptist de La Salle, who passed into eternal life 300 years ago, will be remembered
Lasallians worldwide will honor St. John Baptist de La Salle on Wednesday, May 15, known as Founder's Day, and as the Solemnity of St. John Baptist de La Salle.
"We joyfully celebrate the memory and legacy of John Baptist de LaSalle," said Brother Robert Schieler, FSC, superior general, in a statement to Lasallians all over the world. "We prayerfully recall that he was impelled by the Holy Spirit to announce the Gospel to the poor."
La Salle, the patron saint of teachers, founded the Institute of the Brothers of the Christian Schools after he felt called to provide a human and Christian education to the young, especially the poor.
Lasallian leaders have released a video celebrating La Salle's legacy 300 years after his death. In addition, La Salle Prep will remember the saint in other ways in the coming weeks:

"This year marks the 300th year since the passing of St. La Salle," said Director of Faith Gary Hortsch. "... Our faith-based educational community has carried forward the charism of Catholic education for three centuries."