Lasallians learn about their peers and patron saint 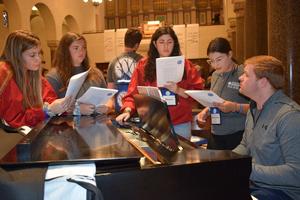 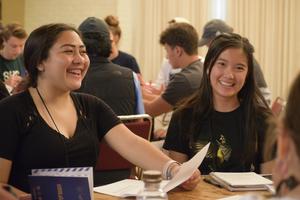 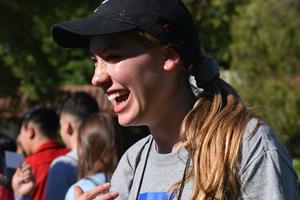 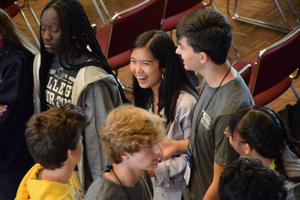 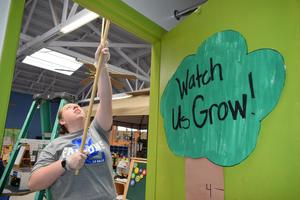 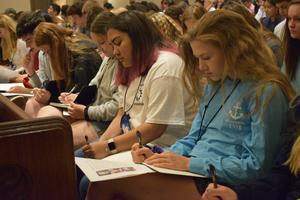 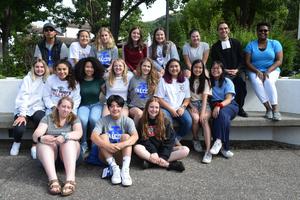 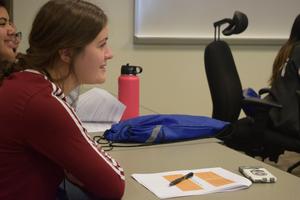 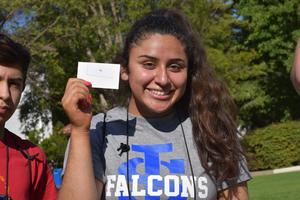 Students reflect in California, then pledge to make a difference at home

About a week the school year ended, 18 Lasallians flew to California for the Young Lasallian Assembly on the campus of St. Mary’s College of California.

The six-day conference drew more than 300 Lasallian students from 18 schools in the San Francisco-New Orleans District and northern Mexico. Students had the chance to worship, volunteer, discuss their schools, and contemplate their own journeys in life.

Students reflected on the life of St. John Baptist de La Salle and examined how his mission still resonates 300 years after his death. They heard from SFNO Visitor Brother Donald Johanson, FSC, who spoke on the meaning and key qualities of leadership. They took a “pilgrimage” through the St. Mary’s campus, stopping every few minutes to listen to presentations about De La Salle’s life and journey of faith.

“It made me realize the intent of why he started the schools in the first place,” said Natalie Fuchs ‘22. “He wanted to benefit everybody.”

Students consider their own missions

Throughout the week, keynote speakers spoke to the student leaders about faith and what it means to be Lasallian.

Catholic author Katie Prejean McGrady discussed the challenge of living one’s story as a response to an encounter with Jesus Christ. Another speaker asked students to consider what they would do with “your one wild and precious life.” A third reflected on paying attention to the needs of others.

Students also took workshops taught by Lasallian educators and other experts in their fields. Among the topics: “Living a Life of Service,” “The Dynamics of Team Building,” “Embracing a Lifelong Journey of Faith.

“Halfway through the week, the students did as De La Salle did: Serve. They fanned out to communities in the San Francisco Bay area to visit with senior citizens, plant flowers, play with preschoolers, and even spruce up the Christian Brothers’ graveyard at Mont La Salle.

Throughout the assembly, students reflected on their experiences by journaling, gathering and talking in clusters called “Parmenie” groups -  named for the mountain retreat where De La Salle contemplated his calling in life.

By the end of the assembly, many La Salle Prep students came away with a deeper understanding of De La Salle and his core principles and values.

“I used to think that we had these rules or things Lasallians lived by,” said Abi Sanchez ‘20. “But now I really know what each core principle and banner is all about. Going to this conference made me realize how lucky I am to be a part of this mission."

Kyra Sanchez ‘20 said she’s ready to apply what she learned at the assembly. As La Salle’s incoming Officer of Community, she proposes that mixed-aged Parmenie groups be established at school next year.

“I want everyone to feel like they have a place or at least someone to talk to,” she said. “Giving students a Parmenie group will give them a home and a place within our Lasallian community.”