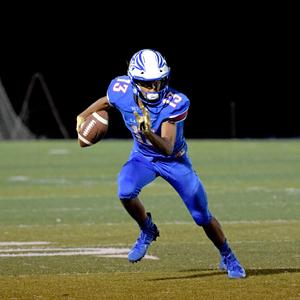 Bring your appetite for food, fun, and football

Falcons of all ages are invited to attend La Salle’s Tailgate BBQ 5-7 pm on Friday, Sept. 27.

The Falcon Fan Tailgate is the perfect opportunity for students, families, alumni, and football fans to gather to enjoy good food and a good game. Tickets to the Tailgate BBQ, available here, includes a pulled pork or hot dog meal and admission to the game.

The Falcons, who are 0-2 in their pre-season games against two well-regarded California teams, will play cross-town rival Rex Putnam High on the night of the Tailgate.

“It’s always close, it’s always competitive,” said Athletic Director Chris George of the matchup between the Falcons and the Kingsmen. “We’re right next door to one another and a lot of kids know one another. I played baseball in middle school with their athletic director. It’s fun to have a neighborly rival.”

Young fans who want to make the evening extra special can sign up for Future Falcon Night in which they’ll get pizza, meet Falcons head coach Aaron Hazel ’99, and watch the players warm up; the fun starts at 6 pm.

Friday night games at La Salle - known as "Friday Night Lights" - are always exciting; the band plays, the cheerleaders perform, the students pack the stands, and the players hustle on the field.

“Since I have graduated nearly 20 years ago, I have missed one football game I was playing or coaching in, and that was to go back and watch the Falcons,” said Baker, now the athletic director of Lake Oswego High. “As a person who has played at La Salle, coached against La Salle, and attended a football game there as a fan, I can honestly say La Salle is still my team! Go, Falcons!”