'It's the only place we've got' 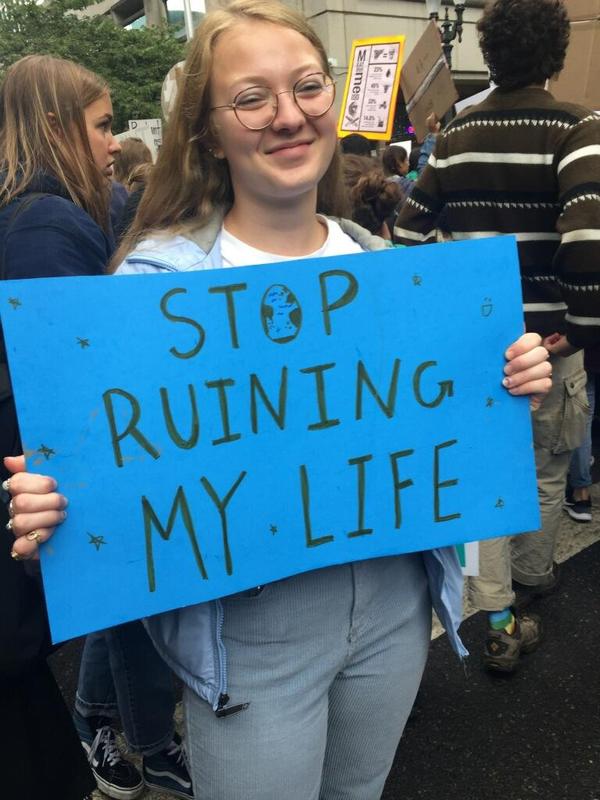 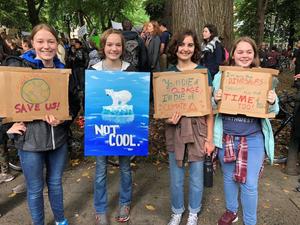 Lasallians rally to show their concern for the planet

Dozens of Lasallians joined thousands of students from across the region for the climate strike in Portland on Friday, Sept. 20.

The marchers, the bulk of them teenagers and young adults, rallied in downtown Portland and walked across the Hawthorne Bridge. As their ranks stretched nearly one mile long, they chanted  "Hey, hey, ho, ho! Fossil fuels have got to go!" and carried signs that articulated their concerns:

Friday's march mirrored thousands of similar protests around the U.S. and the world on Sept. 20. Organizers of the global movement estimated that 4 million participated in the strike.

No matter where they stood, the protestors all expressed a common message: End the age of fossil fuels, and take steps to help the planet.

Hannah Reddick ‘22 participated in the strike because “I care a lot about the Earth and feel like it’s super important that we keep it safe," she said. "It’s the only place we’ve got.”

Schools all over the region excused their students from classes to participate in the march.

La Salle was no exception. As long as La Salle students submitted notes from their parents by 3 pm the day before the rally, they were excused from school to attend the rally without penalty, said Brian Devine, Vice Principal of Student Life.

"We're excited that students are embracing opportunities to engage in the type of social justice activism that reflects the core values and principles of La Salle and the Catholic church,” he said.“We're proud of our students who participated and look forward to how they can enrich our community through their ongoing commitment to this critical issue."