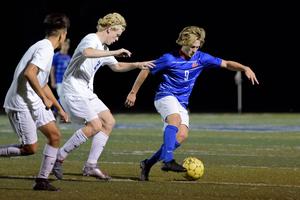 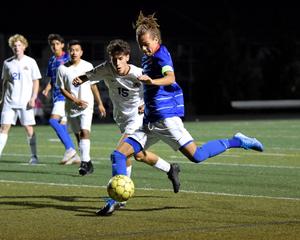 This means that Luke, a forward, and Karter, a midfielder, are being watched as the All-American organization decides which of the nominated players will be selected for the 40-person All-American team in late October.

Head Soccer Coach Seth Altshuler said he's proud of the two, who have been pivotal to the Falcons' success this and past seasons.

"There’s been an incredible commitment by the players to do the work during the off-season and come into the year trying to do better the year prior," he said, noting that the team has gradually gotten closer to the state title over the last several years. "Everybody has been willing to put in the work and we have had collective success."
The Falcons, ranked #1 among the OSAA’s 32 5A boys soccer teams, are off to a solid start this season. Their record to date is 6-0, and they’ve scored 22 goals while allowing their opponents to score only two.
Published October 2, 2019 Print