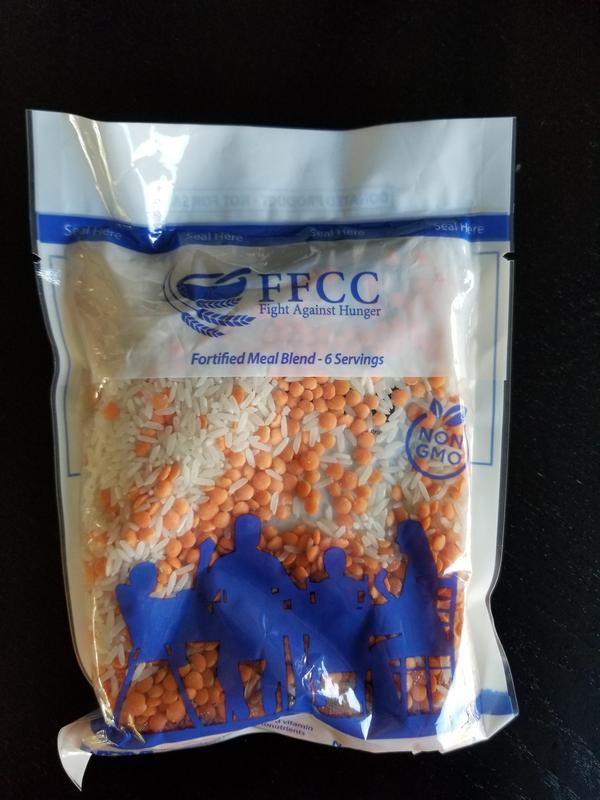 2019 Oregon Feed A Dream packing party will prep food for hungry near and far
Oregon Feed A Dream is seeking 300 volunteers to pack thousands of meals for the hungry on Sunday, Oct. 13, at La Salle Prep. Students and community members as young as 4 can volunteer by signing up online for a shift.
The campaign aims to put together enough packets of dried rice, vegetables, vitamins, minerals, and soy protein that, when cooked with water, makes 40,000 meals. Some 13,000 of those meals will go to Northwest residents in need, including families whose children attend Lot Whitcomb Elementary in Milwaukie. The other 27,000 will be shipped to hurricane survivors in the Bahamas.
Oregon Feed a Dream is a partnership between the Dream Dinners Foundation and Dream Dinners of Clackamas and Beaverton. The $16,000 funding for the project came from cash and in-kind donations from the foundation, sponsors, Dream Dinner guests, and friends and families of organizers.
Melvin Murdock, the owner of the Dream Dinners franchise in Clackamas, said he is glad his business can help families of Lot Whitcomb Elementary School, where nearly 80 percent of students qualify for free or reduced lunch.
"We know there are a lot of people and kids in our community who are struggling with hunger and our mission at Dream Dinners is getting people back around the dinner table with a home-cooked dinner," he said.

Murdock said he hopes the meals will offer hope as well as nourishment to Bahamians still reeling from Hurricane Dorian, whose 225-mph gusts of wind flattened much of the Bahamas and left thousands homeless in September.

"We are thrilled that our meals will be going to help those in the Bahamas that were devastated by the hurricane," said Murdock.
Murdock, whose daughter, Emily Murdock '21, attends La Salle, said he hopes to make the packing party an annual event hosted in alternate years on different sides of the Willamette River. He asked to host the party at La Salle because of the school's motto, "Enter to learn, leave to serve."
"Serve," he said. "That's what we're trying to do."
Published October 3, 2019 Print