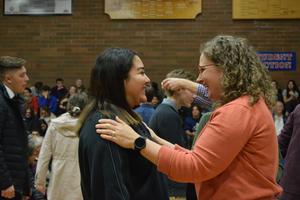 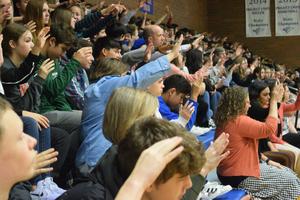 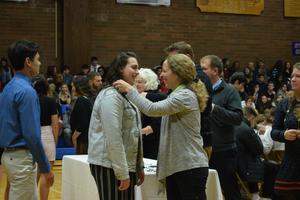 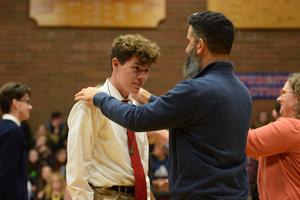 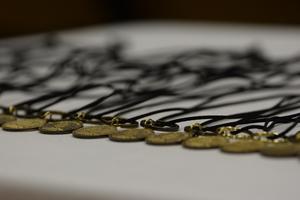 Seniors pledge to continue the Lasallian legacy by seeking truth, respecting all
Members of the Class of 2020 reached a milestone in their lives at La Salle on Wednesday: They took the Heroic Vow.
As the seniors stood in the gym facing a portrait of St. John Baptist De La Salle, each of them  pledged to serve as big brothers and sisters to younger students, then answered "I will" to several questions posed by Director of Faith Gary Hortsch:
After making their pledges, each senior received a medal.
The Heroic Vow assembly is one of the most cherished traditions at La Salle. It is named after the promise De La Salle and two Christian Brothers made in 1691 to keep educating children despite misappropriation of money and losing support from family, superiors, and half of the brothers.
Instead of abandoning their work, De La Salle and the brothers vowed to continue, even if meant they had “to beg for alms and live on bread alone.”
Published November 14, 2019 Print