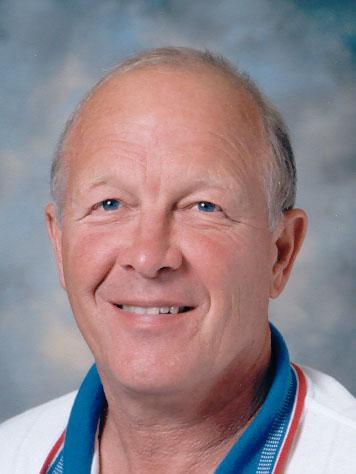 In addition to building the teams, the coach created a culture of excellence and pride around the program and school. No matter what your role was with the team – scorekeeper, statistician, or starter – you were important. Falcon fans became so loyal – and rambunctious – they were nicknamed the “zoo.”

“Everyone wanted to be part of this program,” said Mark McLaughlin '82, who played for Cleghorn in the early ‘80s. “The legend had been born.”

The coach’s reputation reached beyond La Salle. Before arriving in Milwaukie, Cleghorn had led Scappoose High School’s boys basketball teams to state titles in 1972 and 1973, earning him induction into the Scappoose Boosters’ Hall of Fame in 1999.

“Jack Cleghorn is an important part of our story and one that we are proud to celebrate with him and his former players,” said Matthew Winningham, La Salle’s Executive Director/CFO.

Cleghorn shares the glory with his athletes.

“My name wouldn’t be going on there if I didn’t have good kids at La Salle,” Cleghorn said. “They made me want to be a better coach every year.”

Cleghorn said he got results because he taught his athletes to work hard, “not play lazy,” and “play with a toughness people can respect.” Decades later, his former players still remember exhausting practices, where the coach would have them run, over and over again, 10 lengths of the court at full speed in less than a minute.

“I pushed my kids extremely hard,” said Cleghorn, “but they know how much I loved them.”

McLaughlin, who was on the 1981 state championship team, wrote that “the genius of Jack” was his ability to adjust his coaching to the needs of his teams and players.

“Some athletes he could ride extremely hard, and others he may say very little or offer more words of encouragement,” he said. “That’s why he was so successful: He could coach all different ways. He always got the best out of ALL his players.”

La Salle’s gym renovations are part of an effort to raise $5 million to upgrade, expand, and revamp the school’s athletic facilities. The new facility, which will be called the Saalfeld Athletic Center, will include a new health and physical education classroom, completely renovated fitness center, training room, and locker room facilities, as well as other much-needed improvements. Thanks to lead gifts from Jim ’77 and Linda Pliska and the family of Gene and Betty Feltz, the school has already raised more than $3.5 million and is on pace to break ground on the project in March.