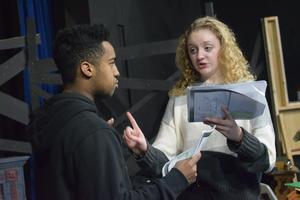 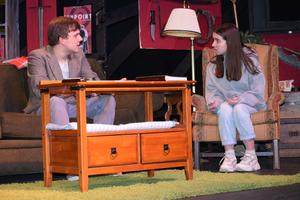 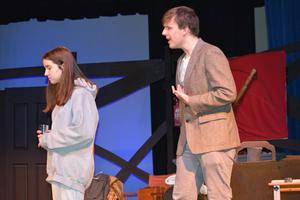 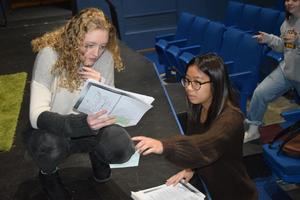 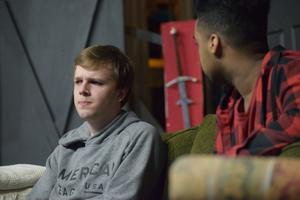 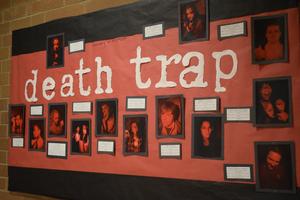 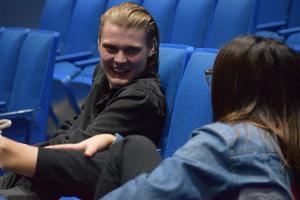 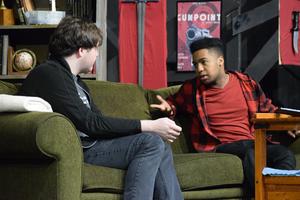 Students will direct, act, and stage 'Deathtrap' Friday and Saturday

La Salle Prep theater students will take on many roles during their winter production of "Deathtrap," a thriller by Ira Levin.

In addition to acting in the play, every one of the students in Michael Shelton's Advanced Acting and Production class is shouldering the responsibility of staging the show this month. The story is about a washed-up playwright who ponders murder as a way to kill his competition and re-ignite his career.

The 13 students in the yearlong drama class selected the script via vote last fall. After they did, the students soon got the rights to the script, held auditions, selected a cast, set up rehearsals, built sets, negotiated with props vendors, and dreamed up costumes.

Putting on a show is a key part of the work in his class, said Shelton, the drama teacher. First, he gives lessons on drama skills such as scriptwriting, blocking, costuming, and putting on stage makeup. Then, he turns over the reins to the students and stands by as an advisor and the one old enough to sign any necessary paperwork.

Working on a play, said Shelton, teaches students more than just how to act and direct. Students, he said, learn life skills such as “working within a budget, designing …collaboration, creating a schedule and calendar and holding each other accountable…building sets, memorizing lines.”

Then they inch out a little further, he said, by “taking all other ideas they have been working on in class and having the vulnerability and bravery to put it out there for people to judge.”

Annie Hoang '20, who is directing 'Deathtrap' with Henry Pitzer '20, said she loves the idea of students running the show.

“Everyone gets to do their part," she said. "And you can make something unique.”