Band will perform at Disneyland 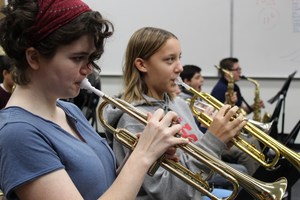 The students will be joined by Central Catholic High’s band.

La Salle’s band is going to Disneyland March 21-25 to perform and record a song.

The students will be joined by Central Catholic High’s band. Together, the ensemble will be 60 members strong.While there, the students will publicly perform music from Disney movies such as “The Lion King" and “The Jungle Book.”They’ll also go into a Disney recording studio to record a song that will be dubbed over a single copy of a Disney movie they'll bring back to Oregon.“Students are going to get the feeling of what it’s like to be a professional musician,” said band director John Donnelly. “That’s the most learning they’ll ever get.”