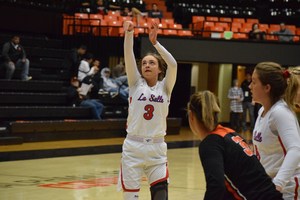 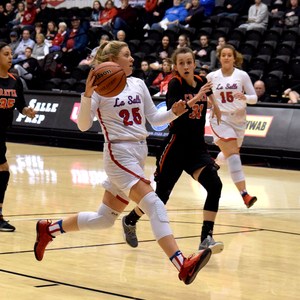 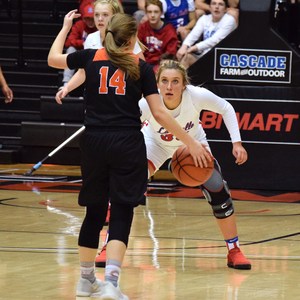 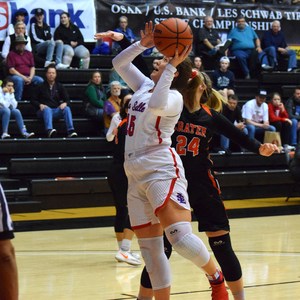 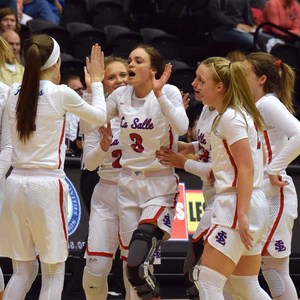 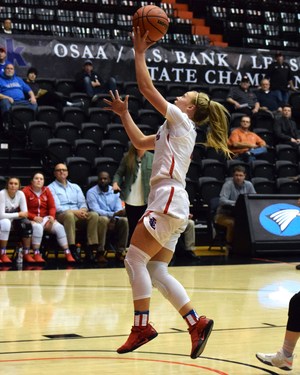 Wedin '18 breaks state record during quarterfinal
En route to the Falcons' state quarterfinal win over Crater (52-43) on Tuesday, Taycee Wedin '18 set the record for the most three-pointers made by a high school girl in Oregon.
Wedin's three three-pointers during the game gave her 354 career three-pointers - one more than the 353 Shoni Schimmel made while at Franklin and Hermiston high schools before becoming a college All-American and star in the Women's National Basketball Association.
The Falcons, who won the 5A title in 2015 and 2017, will play Bend in a semifinal game at 3:15 pm on Thursday, March 8, in Oregon State's Gill Coliseum.
"Once you get here, you just have to be really, really tough, said Coach Kellli Wedin. "Every team here has 20-plus wins, every team knows how to win."
The Falcons, she said, will focus on "being tough, being resilient, and being gritty...Those are the things that separate teams."
To see the bracket for the 2018 OSAA / U.S. Bank / Les Schwab Tires 5A Girls Basketball State Championship, go to OSAA.
Go Falcons!
Published March 7, 2018 Print