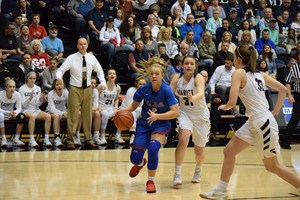 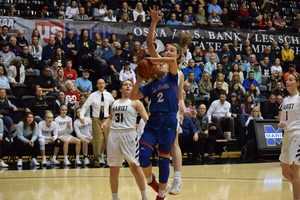 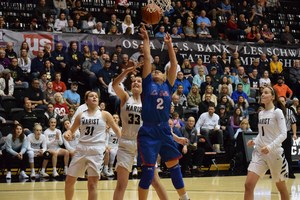 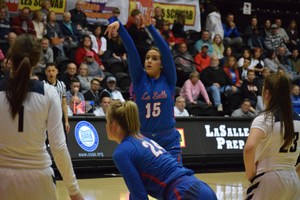 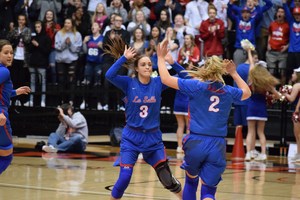 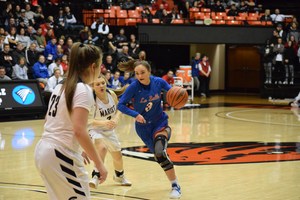 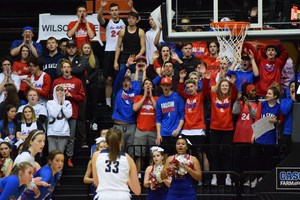 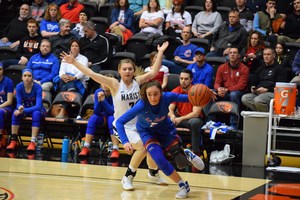 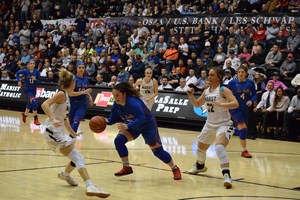 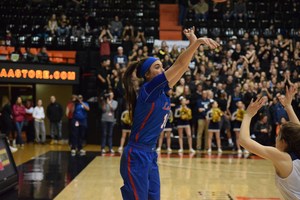 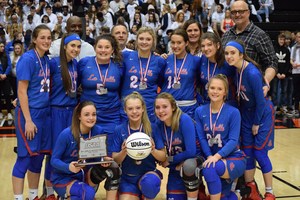 Wedin '18, Niebergall '20 picked for the 5A Basketball First All-Tournament Team

Congratulations to the girls basketball team for placing second in OSAA's 5A state basketball championship this week.
La Salle fought hard in the championship game at Oregon State's Gill Coliseum on Friday, ultimately falling to Marist Catholic 59-44.
Thanks to the Falcon Fans who came to Gill to support the team.
And congratulations to the players selected to the First All-Tournament Team:
The Falcons are the undefeated champs in their league six years in a row.
Go Falcons!
Published March 10, 2018 Print