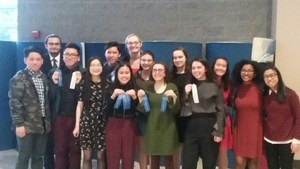 Students head to Western Oregon University to compete in April

Congratulations to the students who competed in the Speech and Debate District #11 tournament last weekend at Lakeridge High School in Lake Oswego.

In addition, the following are first alternates to the state tournament: