Three picked as Volunteers of Year 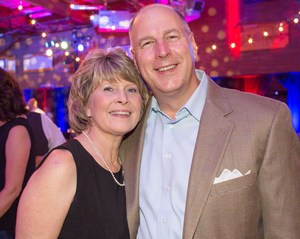 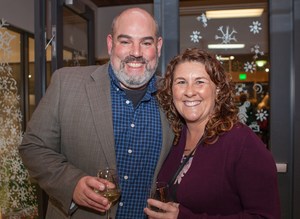 In honor of their service to La Salle Prep and its students, Ron Dowhaniuk and Troy and Lisa Lyver have been named as La Salle’s Volunteers of the Year.

The three will be recognized at the Benefactors' Reception on June 1.

The annual award, established in 1998, celebrates one or more volunteers who demonstrate outstanding commitment and service to La Salle’s community.

Ron, the father of Christopher '14 and Patrick '17, has served as the chair of the Steak and Seafood event for approximately five years. Each dinner brings in about $40,000, which the Boosters and athletic programs use to offset team expenses in order to minimize the financial burden of participating in activities.

Under Ron’s direction, the event is almost entirely run by volunteers. Ron continued to chair the event even though both of his sons have already graduated from La Salle.

“Ron does it all and requires little to no help from anyone on staff,” said Athletic Director Chris George. “He solicits donations, communicates directly with coaches, and leads volunteers and student-athletes before, during and after the event.”

The Lyvers, who are the parents of Jacob ’16 and Megan ‘18, have frequently volunteered for their children’s teams.

Though their son already graduated, Troy Lyver continues to coach football. He’s a member of the Campus Development Committee, lending his expertise in structural engineering and providing in-kind services and labor for projects around campus.

Lisa volunteers at the snack shack -- even if she hasn’t signed up. She’s helped coordinate one senior party and is now busy coordinating a second one.

“They are present on campus extensively, willingly volunteering,” wrote Principal Andrew Kuffner in nominating the Lyvers for the award. The two of them, he wrote create “a culture of service.”