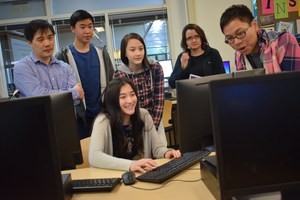 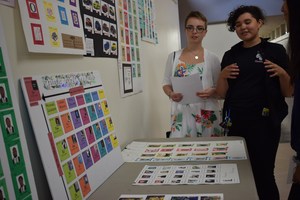 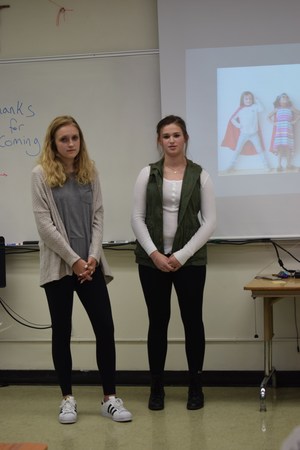 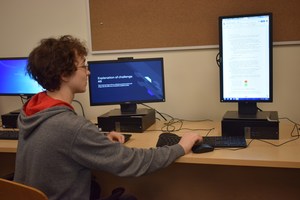 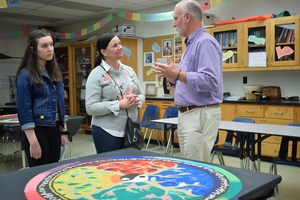 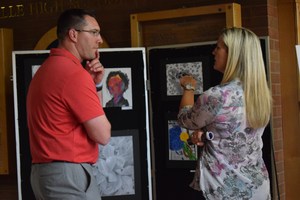 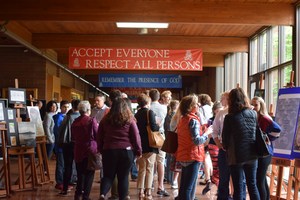 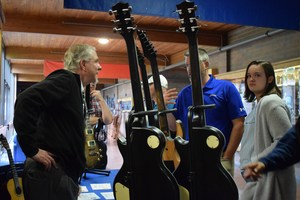 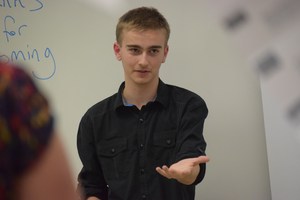 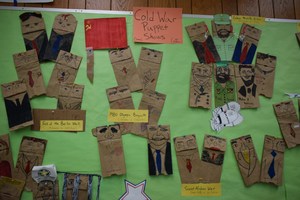 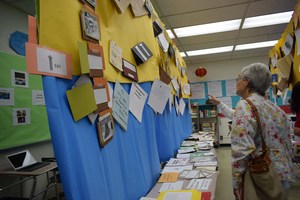 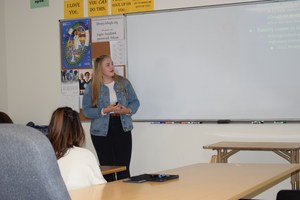 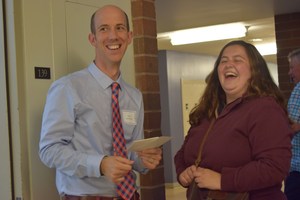 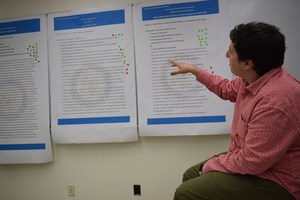 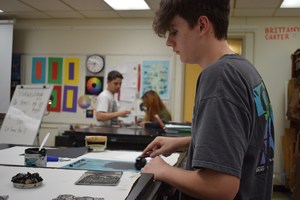 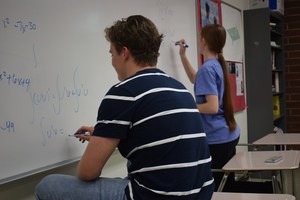 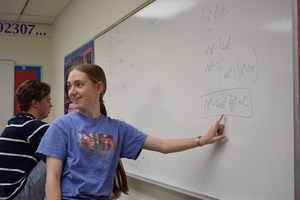 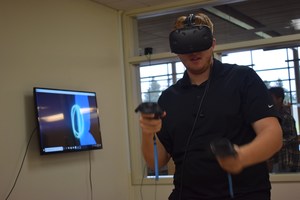 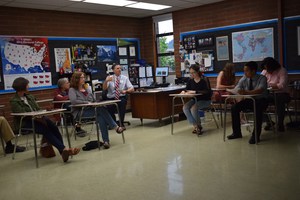 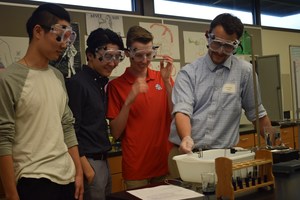 Academic showcase features a year's worth of work, thought, and excellence

Lasallians showed a lot of what they've been doing this year during the La Salle's first-ever Academic showcase throughout the school on May 17.
The evening gave students a chance to display many of the projects they finished and discuss some of the lessons they learned.
In a religion classroom, students took turns talking about the service projects they've completed.
Down the hall, visitors used stickers to "vote" for the proposals students had drafted.
A display of original periodic tables -- featuring 'elements' such as '80s music and chess moves -- sat on a table in the science hallway. Over in the computer lab, a student described his experiences solving eight of Google's cryptic online challenges.
The showcase took the place of the traditional Academic Awards Ceremony in the gym. Instead of bestowing awards during a ceremony, teachers handed them to students throughout the evening. Honored students' names were also printed on posters plastered all over the school.

"We made this shift because we want the evening to be not only a celebration of grades but a celebration of learning and growth," said Alanna O'Brien, vice principal of curriculum and professional development. "We want the community to see the work, not just the G.P.A."