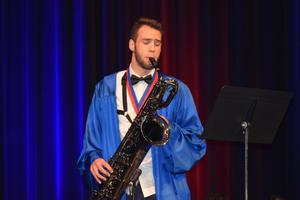 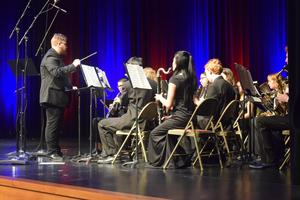 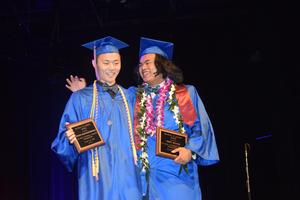 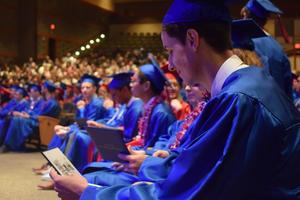 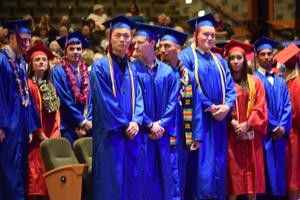 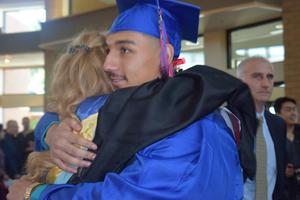 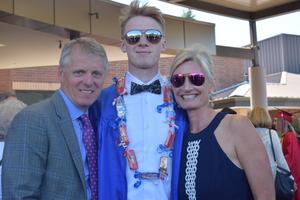 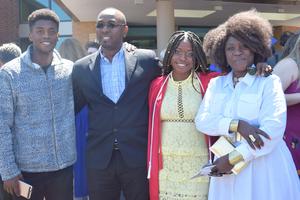 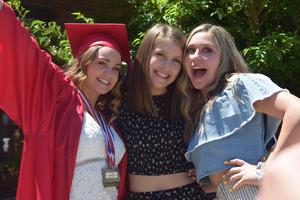 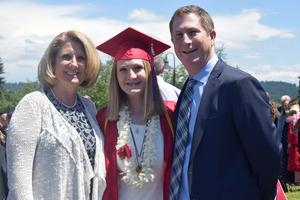 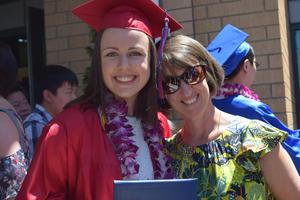 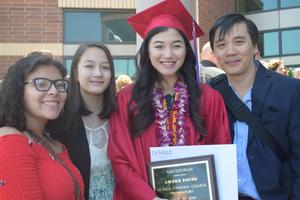 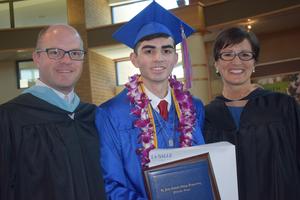 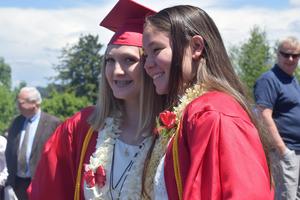 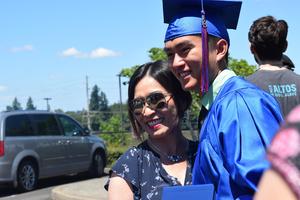 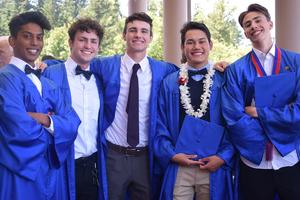 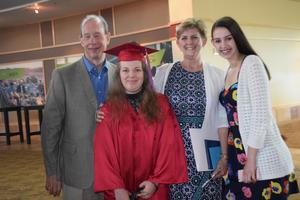 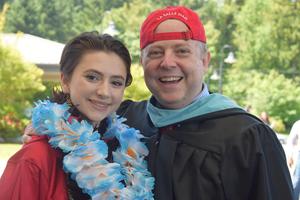 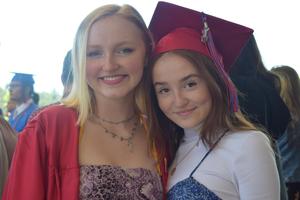 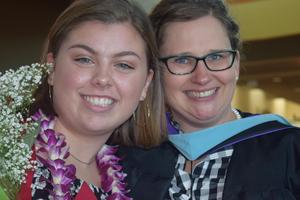 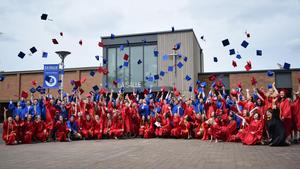 After commencement exercises on Saturday, Lasallians leave to serve
La Salle Prep's Class of 2018 graduated on Saturday, June 16, during a ceremony at Rolling Hills Community Church in Tualatin.
In addition to awarding diplomas to 142 students, La Salle also bestowed an honorary diploma to Denise L. Jones, who is retiring at the end of June after serving as the school's president for 15 years.
The two-hour ceremony included senior Tabor Bosco's performance of "Goodbye My Heart," on baritone saxophone and the presentation of several awards to students for demonstrating excellence in academics, citizenship, leadership, faith, and loyalty.
In remarks delivered together, valedictorians Derek Wong and Sabrina Reis said that, in addition to learning about calculus, ionic bonds, and the Civil War, they learned the value of hard work and grit over the last four years.

"Perhaps most importantly, though," they added, is that they learned kindness.
"This class has athletes, scholars, diplomats, skateboarders, actors, geeks, and musicians," they said, "but the one thing that unites us all is kindness."
"Whatever you do, do it with kindness, with love, compassion, and empathy," they said. "Do it with the aim to make the world that much better. Do this, and ... in our eyes... in the eyes of everyone here, you will have learned the greatest lesson anyone could ever teach you."
Math teacher Larry Swanson, who was chosen by the graduates to speak at the ceremony, praised the class for their compassion and heart, which many exemplified when they participated in an on-campus, student-led memorial to honor the 17 people gunned down at a Florida high school this year.
"It was what only can be described as living prayer," he said of the tribute. "Class of 2018, you are so good."
Principal Andrew Kuffner, whose daughter Emma is among this year's graduates, spoke last. After he stepped up to the microphone, he pulled on his "Dad hat" -- a red La Salle baseball cap with "Dad" stitched on the back -- so he could speak to the students as a father.
He told the students he wishes they all find the "four things that really matter:" Love, vocation, gratitude, and faith.

He ended by saying to his daughter his version of what he thought many parents said to their children on graduation day.

"I love you. I’m proud of you. I’m grateful for you and I have faith in you," he said. "Please know that I am always here for you, no matter what. Nothing can ever separate you from my love, and nothing can ever, ever take away from you or void anything you have in this moment. As you embark on this life journey, you have all you need, just look around.