Students will "Walk for Joy" 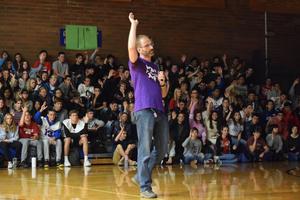 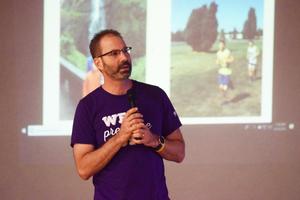 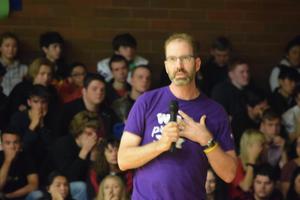 Lasallians will team with other Portland-area Catholic high schools to put on the Walk for Joy in North Portland on Sunday, Sept. 30.

The walk will benefit the Children's Cancer Association, which uses music, nature, and friendship to boost the spirits of 30,000 cancer patients and their families each year.

"Cancer is something that every school is impacted by," said Kelsey Peyton, La Salle's director of service. "Not only are we raising awareness that supports the community, but we are coming together as faith-based people."

Students, staff, families, alumni, and others in the La Salle community who want to participate in the walk should come to De La Salle North Catholic High School at 7528 N. Fenwick Ave., by 9:45 am on Sunday, Sept. 30. The three-mile walk will start at 10 am and end with Mass at the University of Portland at 5000 N. Willamette Blvd.

Anyone who wants to support the campaign can:

Kelsey Peyton said La Salle's is participating in the event in response to its call to serve.
"It's our Catholic mission to serve and to respond to the needs of others," she said."It's part of our call, our mission to help."

Photos above: During an assembly about the walk last week, social studies teacher Peter Snow asked students how many of them knew someone affected by cancer. Dozens of hands shot up. He then shared how the Children's Cancer Association supported his teenage son while he was fighting bone cancer. Next month marks the one-year anniversary of his son's last treatment.