Got an interest? There’s a club for that 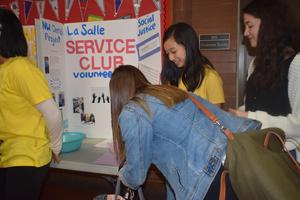 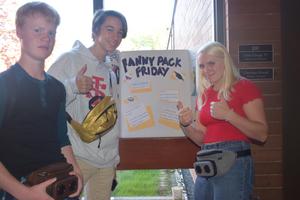 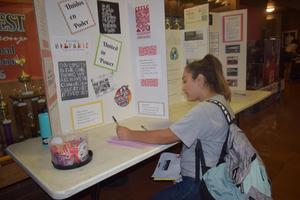 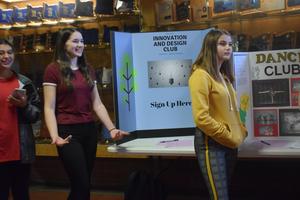 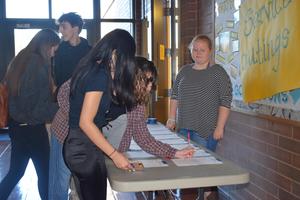 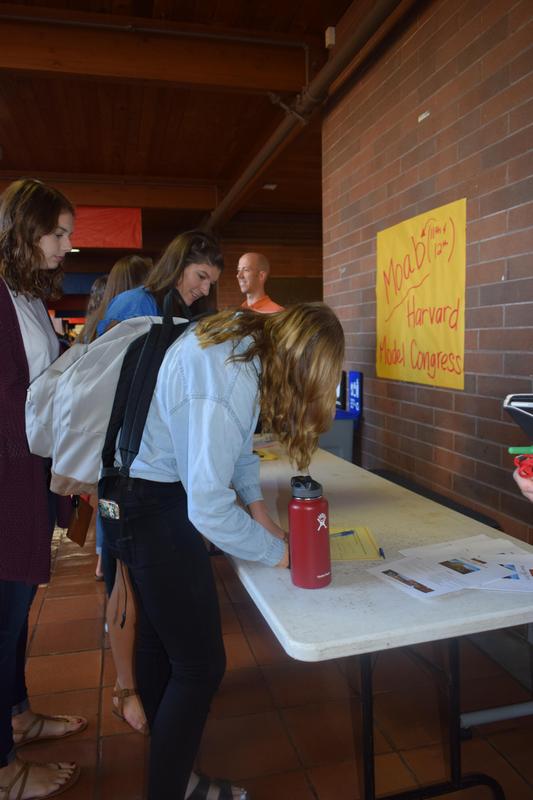 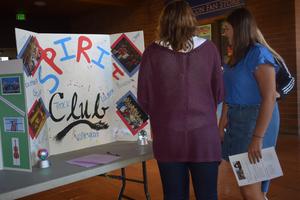 Like listening to different kinds of music? Join the Music Appreciation Club.

Enjoy fresh air? The Outdoor Club will get you outside.

Students aired their ideas and passions during Faith, Service and Community Club Fair in the main hallway before school on Wednesday. Club leaders and sponsors stood next to tables and signs, inviting others to join their groups.

"Why don't you join us for some Friday Fun?" asked the students behind the Throwback Fridays Club, which invites students to watch old TV shows and movies (think "Elf," "Monsters Inc.," and "Girl Meets World") before school on late-start Fridays.

"It brings back memories," said one of the club's moderators, Emily Murdock '21.

More than 30 clubs are active on campus this year. Some, such as speech and debate and robotics, form teams that compete against students at other schools. Others focus on big-picture issues, such as the Youth Ending Slavery Club, which is dedicated to fighting modern-day slavery, and Falcons for Life, which is dedicated to stopping abortion.

Still others want to make an immediate difference. The Service Club, for example, connects students with volunteer work, and the Mental Health Awareness Club promotes self-care and sheds light on mental struggles.

And several want to build community, such as the Black Student Union, Unidos en Poder/United in Power, and the Asian/Pacific Islander Club.

"Clubs provide our students with a variety of options for community involvement and connection," she said.

La Salle's clubs are almost as varied as La Salle's 715 students; this year's groups focus on everything from origami to ecology and from books to beekeeping.

Some clubs are formed just for fun, such as the Baking Association That Connects Homies (BATCH), whose members "share things we baked" and "eat a LOT of CARBS." Then there's the Fanny Pack Friday Club, whose members were brought together by their common fondness of wearable bags.

The club's Golden Rule? "Must wear a fanny pack every Friday!"