Gary Hortsch receives the 2018 Lasallian Educator of the Year 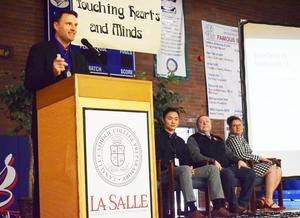 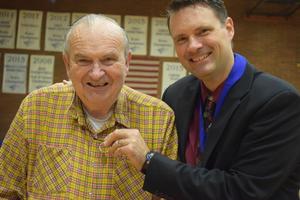 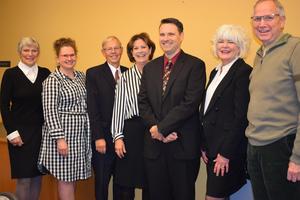 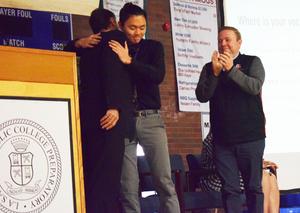 Hortsch was selected by a vote of his colleagues for the annual award that goes to an educator who, among other qualities, displays the traits of a Lasallian educator, such as caring for students like big brothers or sisters, commitment to a life of faith, and dedication to delivering an engaging educational experience.

“Gary embodies every aspect of our banners and the wider charism of Lasallian education,” said religious studies department chair Ryan Darmody, one of several who nominated Hortsch for the award. “Gary leads with example as well as kind and supportive words, whether as teacher, coach, department chair, or campus minister…Gary, like La Salle himself, is fearless in living the mission."

During the ceremony, attended by several former Lasallian Educators of the Year, both colleagues and former students praised Hortsch.

Science department chair and teacher Carie Coleman said Hortsch embodies all 12 virtues of Lasallian teachers, such as humility and gentleness.

"Who wouldn't want a Big Brother like Mr. Hortsch?" she asked. "Someone to listen to you, have a little fun, and always support you regardless."

"Both De La Salle and Mr. Hortsch recognized the deep pain of their local communities and vowed to do something -- to work with the most vulnerable in the schools where financial situations affect education," he said.

Hortsch "serves to help those in need and to inspire his students to find the dignity of those who are commonly cast aside by society," said Brackenbrough. "And he is always prepared to support our community by supporting any student however they may need."