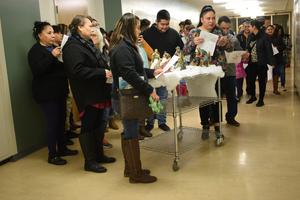 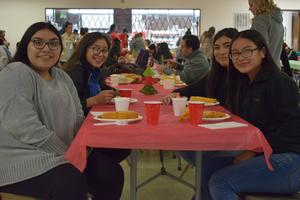 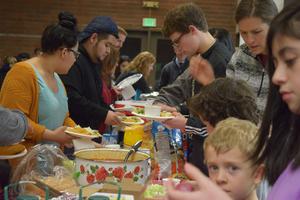 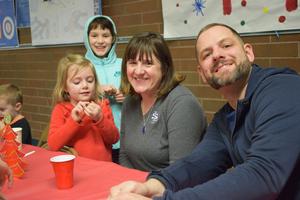 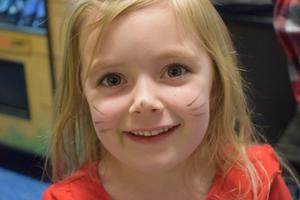 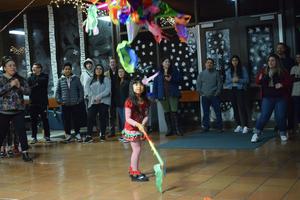 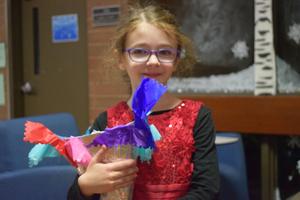 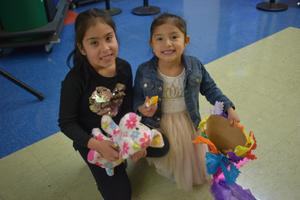 More than 100 share a meal, break a pinata, and re-enact Joseph and Mary's journey

After the sun set Friday, dozens of students, staffers, families, and friends walked through La Salle’s halls to re-enact Joseph and Mary’s search for shelter on their way to Bethlehem.

As they wound their way through the school, the pilgrims stopped in front of several classroom doors that represented inns, known as posadas in Spanish. The doors were closed, so they pleaded to enter, as is tradition.

"We request lodging, dear innkeeper, for only one night for the Queen of Heaven," they sang in Spanish.

From the other side of the doors, however, dozens of people portraying innkeepers responded: "We won't open the door."

After being refused at several doors, the pilgrims arrived at the school cafeteria. This time the innkeepers welcomed them in to celebrate with music, food, and a piñata.

But before the party started, everyone paused to appreciate the significance of what they were remembering.

"Tonight is for joy, for pleasure, and rejoicing," they sang, "for tonight we will give lodging to the Mother of God the Son."