Beauty and the Beast spring musical 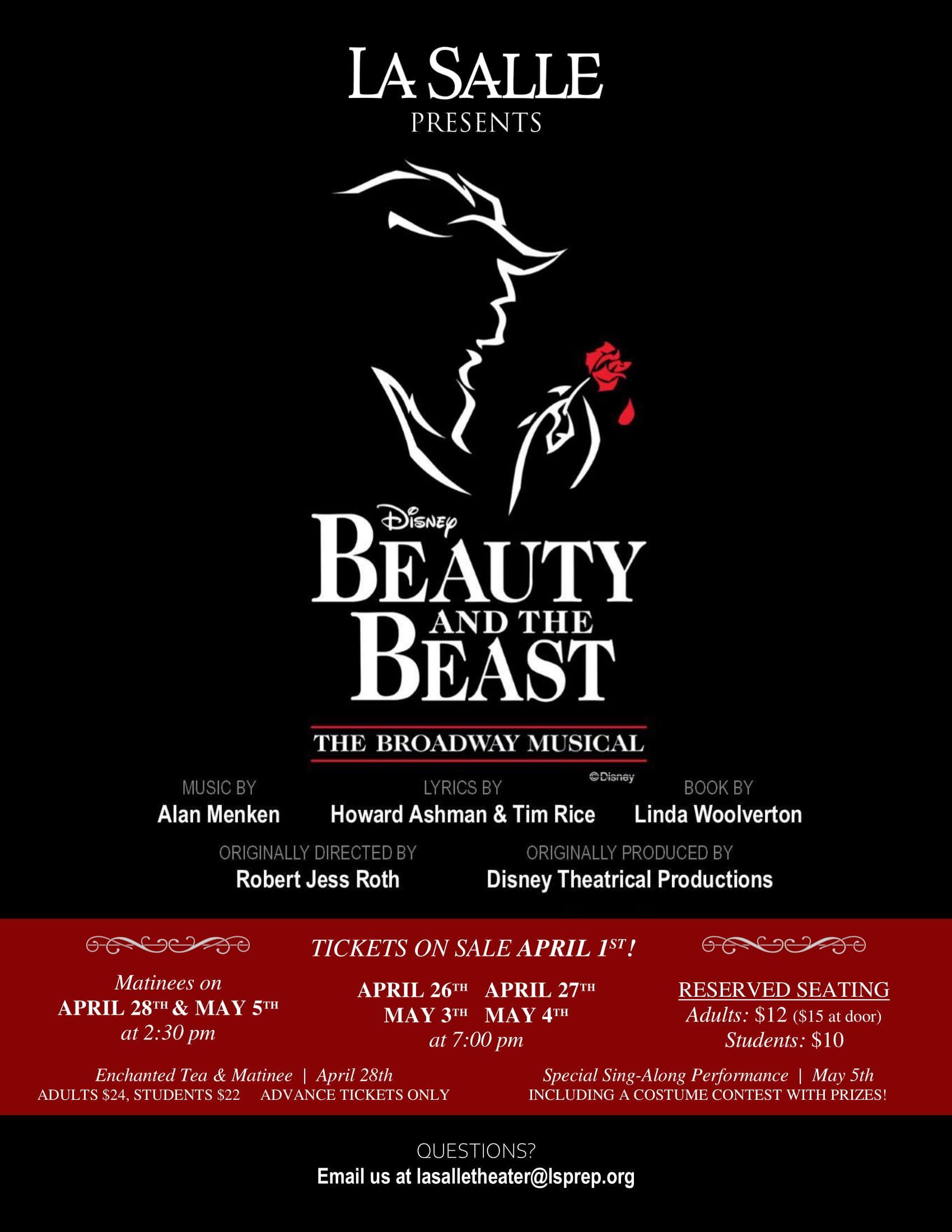 Tickets are on sale now for the spring musical, Disney's "Beauty & the Beast." The show will be staged April 26-28 and May 3-5 in the La Salle Theater.

The run will include several special features, such as:

Note to the audience: There will be strobe lights during the production.
BUY TICKETS ONLINE